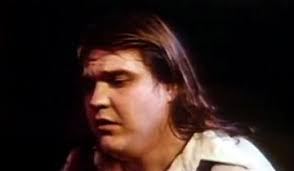 I grew up during the late 70’s to late 80’s. Music during that period was in constant change. One of the first songs that made an impression upon me was a ballad by Meat Loaf, ‘Two Out of Three Ain’t Bad’. The song was about a young man who loved a girl very deeply but she ended up leaving him. Some time later she comes back to him, but his badly wounded heart had moved on, and so he rejects her.

Meat Loaf’s musical style can be best described as Rock Opera. His long-time friend and songwriter was Jim Steinman, who passed away in April of 2021. Steinman wrote many songs for many performers. A few of those other performers were  Bonnie Tyler, Celine Dion, and Taylor Dayne. But, Meat Loaf was Steinman’s greatest collaborator. Meat Loaf brought Steinman’s songs to life. He gave the songs the theatrical performance they deserved. Bat Out of Hell was both Steinman’s and Meat Loaf’s greatest masterpiece.