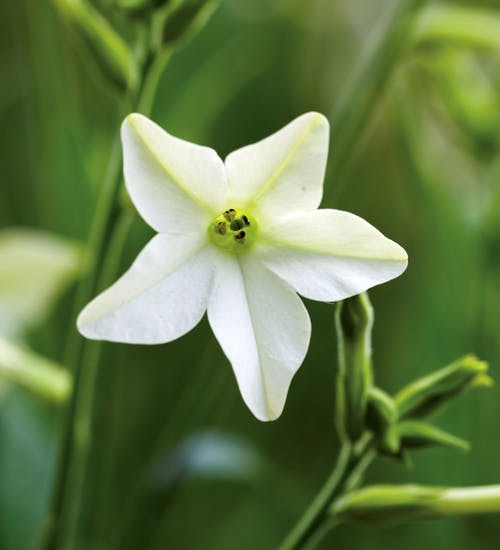 Plants actively engage in the environments in which they live. They can communicate with other plants and animal neighbors. They respond to threats around them by changing their defensive chemistry, and alert plant neighbors to predation.

The wild desert tobacco plant, like all plants, have more genomes dedicated to environmental perception and response than animals. The plant has to adapt it’s physiology to what is going on around them. Being able to respond quickly is essential. As the tobacco plant is attacked by insects, it ramps up production of the chemical called nicotine. Nicotine is a natural pesticide against most insects, but has no effect upon the Hornworm caterpillar. In this case, the desert tobacco plant releases a chemical signal to other nearby plants. This signal warns of the ongoing attack upon itself and predators of the Hornworm caterpillar are summoned to fight off the attack.

So, how does the desert tobacco plant know what bug or insect is attacking it and what predators of the pest to call in? That answer is found in the saliva of the attacking pest. The tobacco plant can identify the pest through the chemical compounds found in that pest’s saliva, thereby knowing what predators to call in to stem the pest’s attack. If a caterpillar eats the sticky sweetness from the plants trichomes (small hairs on plant stems), it will develop a smelly type odor, which in turn, will alert predators to the existence of the caterpillar.

The downside to the desert tobacco plant in ridding itself of the caterpillar, is that the caterpillar… once transformed into the nocturnal Hawk moth, is also its best pollinator. How does the desert tobacco plant solve this problem? It simply switches out pollinators. It does this by changing the shape of its flower, which typically opened at night, from an open shape to one that is more in the shape of a funnel. The funnel shaped flower would open in the dawn hours and produce a sweeter nectar, thus attracting hummingbirds instead of Hawk moths. This switch in pollinators can be accomplished in less than eight days. 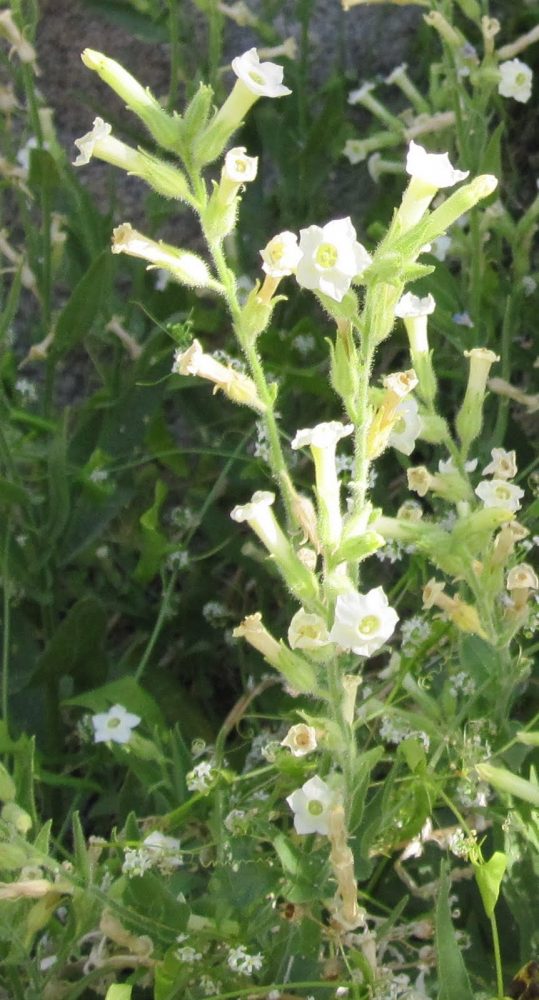 The desert tobacco plant under attack from caterpillars, will emit a chemical odor to alert its nearby neighbors. The other desert tobacco plants in the immediate area would then ramp up their defenses. We see this behavior with other plant life too. Take, for instance, the acacia tree in Africa.

The acacia will emit ethylene to signal their neighbors to herbivore predation. The nearby acacia trees then ramp up production of tannin levels that can be lethal to herbivores feeding upon them. Interestingly enough, giraffes get around the toxicity of the acacia leaves by only eating a few leaves from the trees and then moving upwind to other acacia trees not receiving the ethylene signals from the previously foraged trees.