Did people treat you differently after they found out you were a Mensa member?

First of all, I’d like to say that I do not think my personal experiences are unique. I do get reminded on a regular basis that I’m viewed and treated differently in certain situations. On occasion I can quite readily spot when the ‘atmosphere’ changes when interacting with people. I’m referring to how you’re treated when others don’t know you’re highly intelligent vs when they find out you’re not the fool they thought. This kinda goes to the heart of my post, ‘Before and after’.

Several years ago I approached an engineer where I was employed at the time and asked about an opening in programming. This engineer was highly respected and had been with the company for a long time. So, I knocked on his office door and was invited in to take a seat. I asked about the job and his thoughts about me applying for the position. I was taken aback when he actually told me ‘I don’t think you’re smart enough to do the job’. Wow! That was totally unexpected. Never mind that I was hired into my then, current position by this engineer and had worked for him too. I didn’t respond to his comment. I just politely thanked him for his time and walked out of his office. I formed a few opinions about the engineer that day, 1) I would never seek to work for him in any capacity, ever again, 2) the engineer was obviously not a good judge of a person’s abilities, 3) he must have either not read my resume, or had forgotten that I once owned a CNC machine shop and wrote programs for all the parts I ran through my shop. So, my qualifications should not have been in doubt… but it was. A few years later I happened to be working on a project he was involved in. We got to talking and he noticed that I was wearing a shirt with the Mensa logo emblazoned on the front. He looked at me and asked if I was in Mensa. ‘Yes’, I responded, ‘I’m also the current president of San Diego Mensa’. If ever there was a time that I could read the facial cues on another’s face, it was then. I could see the progression of realization from our previous conversation to then… when he figured out that he had made a gross assumption and he now looked like an asshole. For my part, I’ve never reminded him of his ‘I don’t think you’re smart enough to do the job’ comment. But, I will admit, he did change his approach to me from condescension to more or less as a peer. Some people just have much too big an ego to ever apologize. I respect the guy professionally, but not personally.

This same type of story happens to me constantly with a few twists here and there. The assumptions are that I’m somehow less a person to them for whatever reason. Maybe they look down upon me because I chose a blue collar profession… it could be that they’re just egotistical cunts. Who knows? Once these people find out that I’m not the dumbass they thought I was, I’m treated in one of three ways. Their treatment towards me becomes courteous and mutually respectful, they try to prove they’re smarter than me, or they simply try to avoid me. The third option confuses me. Those are the ones I go out of my way to engage. Their discomfort amuses me to no end.

At times, I’ve had people challenge me by either kidding around, or to ‘show me up’. Two examples… one time I was cutting through the warehouse when a forklift driver and his coworker crossed my path. The forklift driver slowed down and said, ‘I bet that I can beat you in a game of chess!’ To which I replied, ‘you probably could. I don’t play chess’. He looked at me blankly at my unexpected answer and continued on his way. Another time I had clocked out and was on my way out to my car. As I walked down a hallway towards the parking lot, some engineer said, ‘Quick! What’s 2 plus 2?’. Without thinking I responded, ‘4, and it smells like gasoline!’ He smiled at first and then asked, ‘Really? It smells like gasoline?’ I just smiled and kept on walking.

I do think people tend to judge others based upon their appearances, their educational background, etc. I had posted an earlier thread that had to do with implicit biases. I think this can roughly explain my experiences. Here is that link… https://patrickyepes.com/2021/04/confronting-our-implicit-biases/ 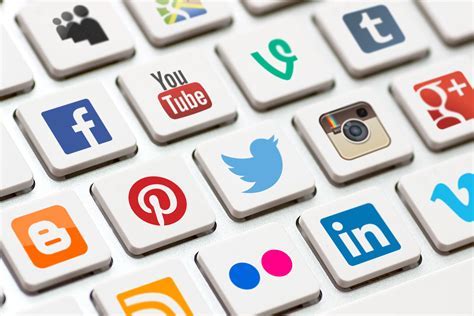 When we speak of ‘estates’, we’re referring to the societal structure of the Middle Ages. That structure was broken down into three distinctive groups… the clergy (1st), the nobility (2nd), and the peasantry (3rd). In the United States, we sometimes refer to the press as the ‘fourth estate’, alongside our version of the first, second, and third estates (executive, legislative, and judicial branches). The role of the press, as it pertains to our system of government, is to provide a ‘check’ on the other three estates. The fourth estate functions as a watchdog, so to speak, and plays a very important role in keeping an open society informed.

The fifth estate, which are filled with conspiracy theorists/social bloggers and similar fringe media outlet types, attempts to persuade others on social platforms by using half-truths and innuendo. Until the last twelve years or so, this has been only a minor problem.

The American public is used to mainstream media (the 4th estate) being politically biased in their coverage of the news. But now the American public is bombarded with biased news reporting and a plethora of conspiracy theories pushed by both the 4th and 5th estate. This has blurred the lines as to what is truly factual vs merely conjecture.

Many people rarely read beyond the headlines or listen to more than snippets of soundbites. Their views and opinions are shaped by purposely skewed information and their own confirmation biases. Ultimately, this has the negative effect in producing an uninformed and easily manipulated electorate.