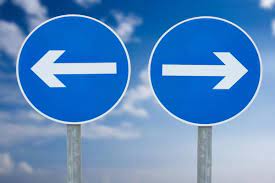 On occasion, I’m asked how could I hold seemingly opposing viewpoints on similar subject matter. One such area is on the value of life, specifically human life. I support the death penalty but oppose abortion. Some people, let’s be honest… liberals, see no difference between taking an unborn baby’s life (‘a clump of cells’… their words…) and capital punishment. They think my support of capital punishment is contradictory to my opposition to abortion. Through their very narrow world view, and skewed sense of ‘morality’, they think they occupy the moral high-ground.

My response to their assertions are two-fold, 1) From an ethical point-of-view, the biggest difference between abortion and capital punishment can be answered with a simple question. ‘What crime did the unborn commit to warrant it’s destruction?’ And 2) it is my view that no living thing has an absolute right to exist, that includes human beings… nothing. As much as we humans would like to think highly of ourselves, we’re statistically insignificant.

‘How can you say that?’, they ask. Well, let’s think about this for a moment from differing perspectives. From the standpoint of being a conscious human, I realize that life only exists to perpetuate itself. It really serves no other purpose. That said, I do believe that once a human life has been conceived, those responsible for its conception have an obligation to care for that life.

We’re human, and humans are full of contradictions…