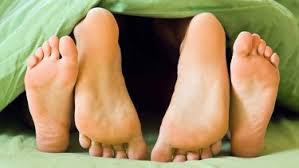 A couple of friends thought my previous Man Club Tips article was hilarious and wanted advice on what to do once they started dating a person more long-term. Really??? They’re asking me? Ok, but they probably would be better off reevaluating their life choices.

So, now you’ve found yourself in a relationship. How do you manage expectations while maintaining a certain amount of freedom? Admittedly, if you’re still worried about your freedom, are you sure you should be in a relationship? Whatever! Here are a few pointers from Uncle Patrick.  🙂

Simply put, keep ’em guessing. If you’re punctual, your significant other will come to expect you to always be on time. Work on the premise that schedules aren’t ‘set in stone’ and are always subject to last minute changes.

Another tip on lowering expectations has to do with chores around the house. If you really don’t want to do a particular chore, put in a little extra effort into fucking it up. If you pull it off correctly, your significant other won’t let you do that chore again.

‘Forget’ important dates. Focus instead on surprising your mate with tokens of your ‘love’. A random card, flowers for no reason, a dinner date out of the blue… these things should be done with enough frequency so as to mitigate any ill feelings for ‘forgetting’ those aforementioned important dates. You have to replace one with the other.

What guy hasn’t asked his woman what she wants to eat and was met with ‘I don’t know, what do you want?’ And then, when you tell her what you’d like to eat, she replies with something like ‘I don’t like that’, or ‘I want something else but don’t know what.’ It’s enough to drive you mad! But, all is not lost. Here’s a trick I learned many years ago. When she asks you ‘what’s for dinner?’, you respond with, ‘guess where we’re going for dinner?’ Now, pay attention to her responses! She’ll tell you what she really wants to eat by trying to ‘guess’ where you’re taking her.

Dealing with past relationships

Inevitably it will happen. That moment when your significant other mentions a former partner. How do you handle the moment? Sure, you can be mature about how you choose to handle this situation, but what fun is that? Try associating a negative idea or feeling when he or she mentions a former lover. Every time that person is mentioned, associate a sad story or insinuate that the person was/is stupid, mentally ill, etc. This places your significant other into a position to either defend the former lover or to repress commenting in the first place. If she values your relationship, she would be very hesitant to defend the former lover. Either way, you win.

It’s been said that marriage is an anti-social behavior. All of your male friends are now considered ‘bad influences’. On the other hand, her female and male friends aren’t. Not exactly a fair situation, right? The solution is to level the playing field. This calls for finding new friends that are a lot worse than your original friends. By comparison, your old friends will look like saints. The hope is that she relents somewhat and ‘tolerates’ your old friends on the condition that you get rid of the new ones.

Another tactic is to thin out her group of friends. If she has a girlfriend that you find completely annoying, this is your opportunity to get rid of her. Be sure to compliment her girlfriend by saying things like ‘she’s really cute in that outfit’, or ‘if anything ever happens to us, I’d like to go out with her’. There’s nothing like a jealous wife/girlfriend and her paranoia.