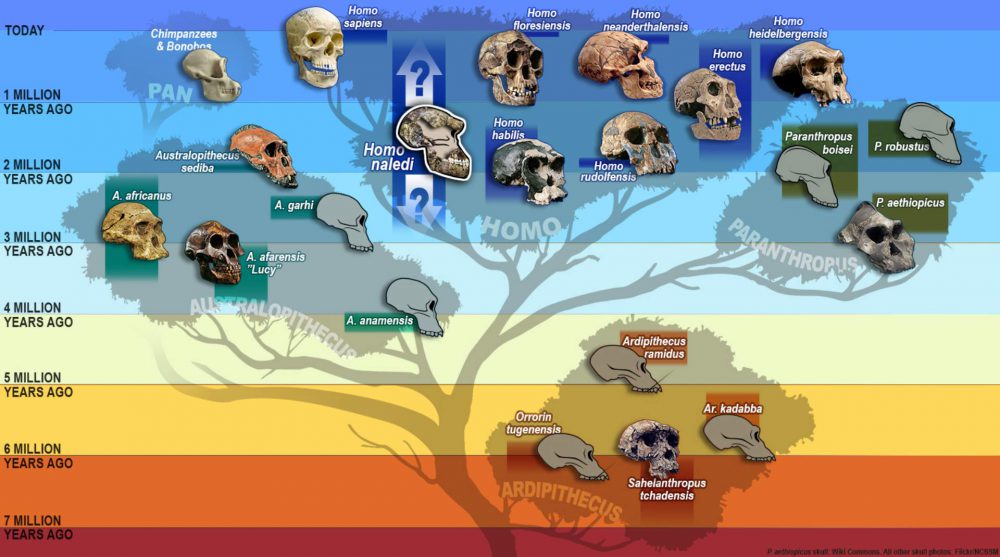 What is the purpose of our existence? Are we just the latest in a long line of organisms to have mastery over the Earth? Do we even matter?

Cretaceous-Paleogene extinction event, wiping out most dinosaurs – 66 mya. This event gives rise to the dominance of mammals.

First hominins – 4 t0 13 mya. The divergence of the Pan (chimpanzee) and the Homo (human) occurred during this time. The Hominini was the last common ancestor of both the Pan and Homo lines.

Modern humans start to migrate out of Africa.

Ok, that was quite a lot to digest without losing interest. But, consider this; at what point did we gain a soul, if we do in fact have souls? When did we develop consciousness? When did we ‘leave the safety of trees’ and venture out as ‘land walkers’?

In the evolutionary timeline presented above, modern humans have been walking the Earth 250,000 years or so. We’ve taken many baby steps as a species. In the last 130+ years, we’ve accelerated those steps… going from the invention of the car to a man-made probe entering interstellar space.

Are we alone? Are there other life forms in the universe? Are we unique? With trillions upon trillions of planets out there in billions of galaxies, it’s doubtful we’ll ever know for sure. Even if we were to detect life in a nearby solar system (Alpha Centauri), it’s still 4.3 light years away. The fastest outward-bound spacecraft (Voyager 1), has covered 1/600 of a light year since it’s launch 30 years ago. That means that a trip to Alpha Centauri would last 80,000 years. Would those life forms still exist once we’ve arrived?