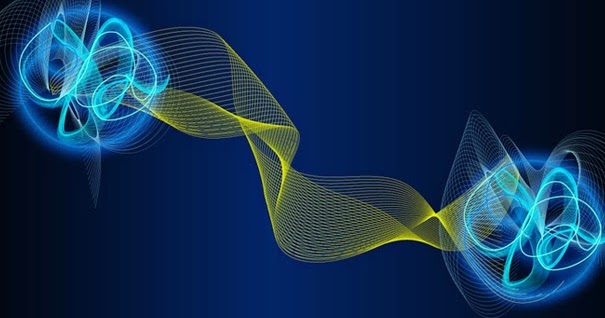 Quantum biology is the study of how quantum physics interacts with biology. It has its origins dating back to the 1920’s, when the Danish physicist Niels Bohr, delivered his influential lecture on his theory of atomic structure.

The use of quantum biology can help scientists explain certain phenomena within the plant and animal kingdoms.

Migratory birds use of the earth’s magnetic fields to navigate. Scientific studies have found, if you cover one eye of a bird, you can ‘turn off’ the magnetic compass to the opposite side of the bird’s brain. This is accomplished because their eyes are affected by the protons entering the eyes and activating chemical reactions.

Imagine energy molecules having peaks and valleys, and the bird’s chemical compass delicately balanced at the peaks, slight changes in the Earth’s magnetic field can push the molecule into one of the valleys. This is where quantum entanglement plays a part in the bird’s ability to navigate.

Quantum entanglement refers to the states of two or more particles being interdependent, regardless of the distance separating them. It’s one of many counterintuitive features of the subatomic landscape, in which particles such as electrons and photons behave as both particles and waves simultaneously, occupy multiple positions and states at once, and traverse apparently impermeable barriers.

Near the equator, the combination of electrons may be the same color. The farther away from the equator, the colors may be more likely opposite from each other. The bird is able to detect the tiny variations in these color patterns to know where it is located in relation to its destination.

Why do some things smell like something else? For instance, why does cyanide smell like bitter almonds? The prevailing theory (the lock and key mechanism), dating from the 1950’s, is that scent molecules fit certain receptors, thereby triggering a unique smell sensation. But the compound structures for almonds and cyanide are very different and obviously cannot fit into receptors correctly as the lock and key theory suggests, yet they both share a common smell. What’s going on?

This is not to say that the lock and key theory is incorrect, but rather that it works in conjunction with the scent molecule vibration theory.