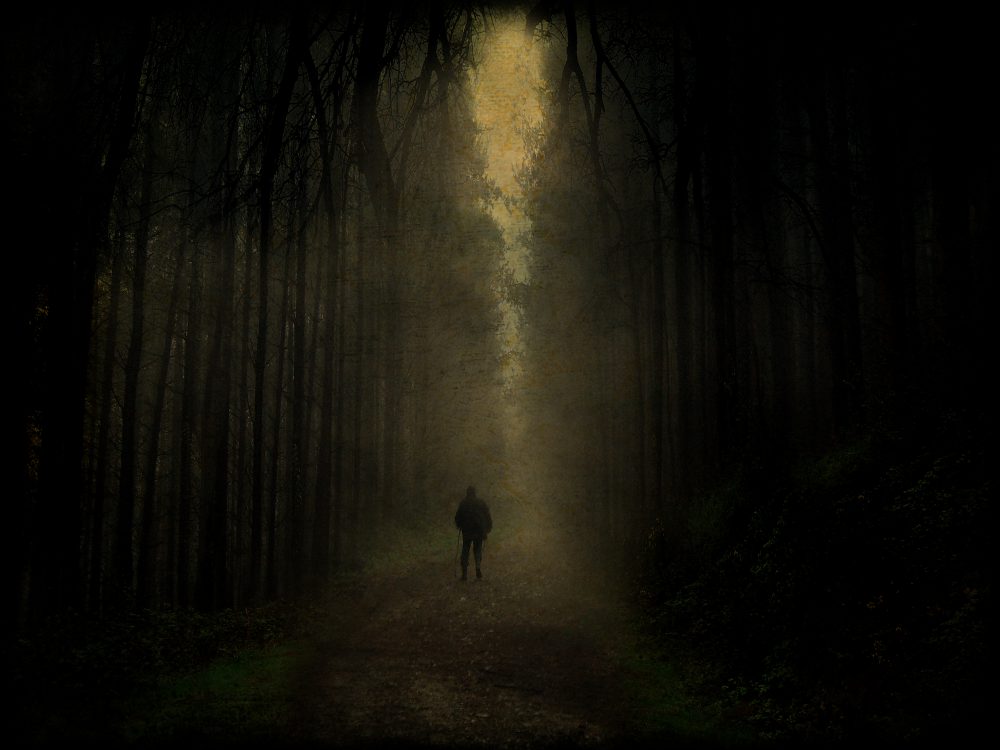 Yesterday was very trying. Like most mornings, I laid there thinking of reasons to get out of bed. I did get up… my heart just wasn’t ‘in it’. I arrived at work a short time later and started my day. As the hours slowly ticked by, I grew more and more uneasy. I finally reached a point when I couldn’t take it any longer. I filled out a form acknowledging that I was leaving work before my scheduled quitting time, and placed it on my lead’s desk. Truthfully, I wasn’t sure if I’d come back… ever. I drove the short distance home and parked the car. I must’ve sat there a good fifteen minutes, lost in my thoughts. I climbed out of my car and went inside. Closing the front door behind me, I quietly ascended the stairs. Looking in my son’s room, I saw that he was still asleep… so peaceful. I envied him. Now, I don’t have many things my life in which I take pride and joy, but in my son… I have both. He’s the reason I go on. (Summer 2017)

Many times, when passing acquaintances, plesantries are exchanged. “Hello!”, “Good morning!”, and “How are you?” It’s how we greet one another and acknowledge our friendships. To me, these are some of the most awkward social interactions of my day. My Southern upbringing dictates that I reply in kind when greeted. Out of respect for those social courtesies, I do respond. Now, I’m not an extrovert by any loose definition of the term… so, responding makes me feel quite uncomfortable. I want to return greetings to those who were kind enough to initiate, but the “How are you?”, troubles me most with an adequate response.

I’m a firm believer in being as transparent and straight forward as possible. I can, at times, be very blunt in my day-to-day interactions. That said, my usual response when asked “How are you?”, is “I’m above the dirt.” Yeah, I know it sounds like a morbid response, and possibly ‘jerkish’, but it really is how I feel. Life is a chore… a chore that I’ve grown tired of participating.

It seems like I’ve spent the better part of my life, analyzing and justifying my existence. Life is pointless. It exists only to perpetuate itself. There is no ‘end game’ and no reward. It’s not unusual for me to contemplate death. That’s something always ruminating in the dark reaches of my mind. My challenge has always been finding a reason to go on. Every day that I’m in the here and now, I’m ‘above the dirt’… and that’s the justification for my response.

Just because someone is highly intelligent, doesn’t mean they won’t make stupid decisions.

Many moons ago, I owned a tile setting company in the Deep South. The homes I would lay tile in were owned by well-to-do people. These were mostly self-made folks, starting out in humble beginnings and working their way into prosperity. I enjoyed talking with them as time allowed and a favorite question of mine was, ‘What is the secret to your success?’.

One such client, which I admired greatly, had grown up very poor. He said that he was the first person to graduate high school in his immediate family. But here he was, a very successful businessman, a prolific inventor, well respected in his community, and had no college education… how did he accomplish so much?

In speaking with him (I’ll call him Ted), I learned a little more about his life story. It turns out, what he would do was invent medical devices and take out patents on them. He would then ‘sit’ on the patents and wait. Eventually, someone would produce a product, which infringed upon his patent, and start to generate monies from the sales of said product. This was the point when Ted would step in and sue for patent infringement. By not suing immediately when the infringement was initially discovered, the offending party used their own monies to develop and market the product. This saved Ted a lot of his own time, money, and risk usually associated with bringing a product to market. All Ted had to do was claim royalties from the offending patent. Genius, right?

Well, on the flip side of Ted’s story, were a lot of missteps. For instance, Ted was building a large home overlooking a huge lake system in the area. From atop the hill, his master bedroom had a 270 degree view of the lakes below. On one part of his property there existed a cliff wall that was a local favorite for rock climbers. This presented a problem in terms of liability issues. If someone were to be injured, Ted might be held liable. This sort of thing is known legally, as an ‘attractive nuisance’. To protect himself from such a situation, Ted decided to gift the cliffside area to the city. Sounds great thus far, right? Wrong. When Ted, months later, decided to put up a fence close to the cliff, he was informed that he could not fence off city property. Now, people not only climbed the cliff, they also trespassed constantly across his land because he had no fence. Had Ted done his due diligence, he would’ve known about the restrictions concerning the fencing off of city property. Knowing this, he could’ve installed the fence and then donate the land to the city… his fence would’ve been grandfathered in and the law not applicable.

Sadly, Ted passed away before his dream home I was working on was completed. He was the pilot of an aircraft in which his wife, and a son were passengers. The plane went down and there were no survivors. The way his will was written, each benefactor of his estate was awarded a percentage. That meant everything had to be liquidated so that a monetary value could be determined and percentages divided up. Homes were sold, a private WWI airplane museum hit the auction block, and one of the country’s largest Disney figurines collection at the time was broken up… all because his will was in percentages.

I have little doubt that Ted was every bit a genius I thought him to be. He was a truly remarkable man. Even geniuses can, and do, make boneheaded mistakes. 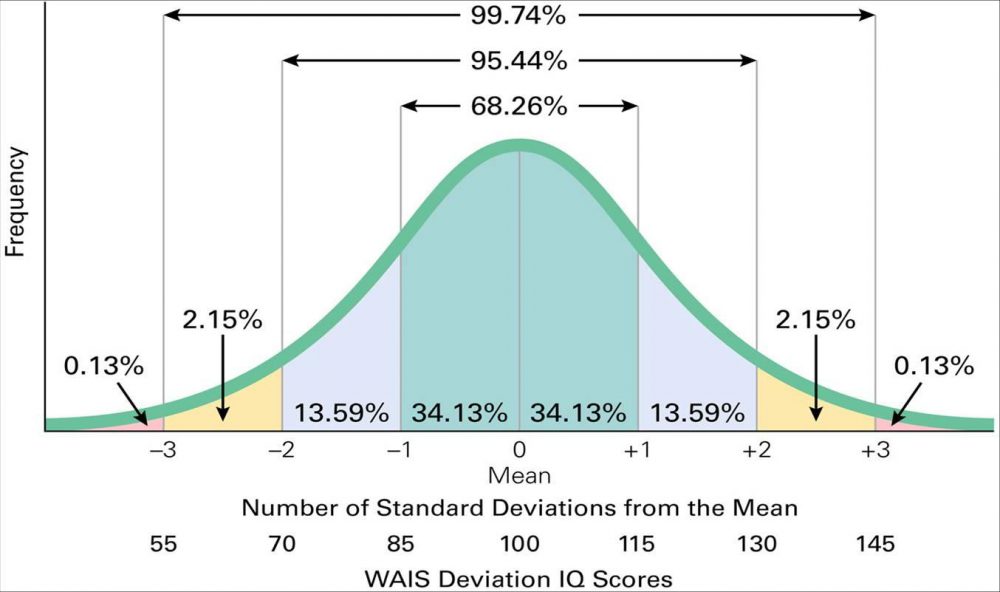 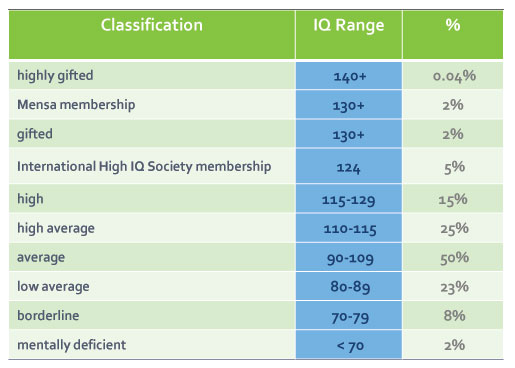 A question was recently asked in a Mensa based online group. It went something like this, “What does Group Name mean to you? What do you love? Why do you stay?”

For obvious reasons, I won’t mention the group name… but the comments in response to the questions are very applicable to Mensa in general. Often times, people will sit on the sidelines and make observations about how ‘Mensa can be so much better if only…’. Rarely, will the people making the suggestions, attempt to enact real changes. To paraphrase a Mensan, ‘To complain, is to volunteer!’ And that’s the essence of this post. Everyone will have different experiences and interactions, as is true with anything else in life. Mensa, to me at least, is a relationship wherein the value we get out of it, is proportional to our participation.

What follows, are a few comments to the questions.

If you belong to a similar type of organization, why do you stay? What’s your motivation?